Sea lions, known for being stranded on shore, may have a clue to this reasoning in their brain scans. ScienceDaily, a website known for its interesting and current science articles, has published one about a recent study about sea lions and why they get stranded on shore. The article, First Brain Scans of Sea Lions Give Clues to Strandings, offers insight as to why these creatures so often wind up sitting in sand instead of swimming in the sea. After taking brain scans of California sea lions, researchers discovered an algal toxin that disrupts brain networks. This toxin leads to deficits in spatial memory, and scientists at the University of California Santa Cruz, UC Davis and the Marine Mammal Center in Sausalito, Calif all believe that long-term exposure to the toxin could affect the “sea lions’ ability to navigate in their ocean habitat and survive in the wild.” This toxin, “produced by naturally occurring marine algae,” flourishes in the spring and fall along the California coast. However, it has been “increasing in frequency and severity.” The disease caused by this toxin, domoic acid poisoning, includes symptoms as severe as disorientation (as in the case of the beached sea lions) and seizures. Peter Cook, a graduate student at Emory University, studied 30 different California sea lions and administered behavioral test so as to “see the extent of brain lesions in the affected animals.” They found out that a part of the brain involved in memory, the hippocampus, is usually what is targeted by the poison. As they continued to study the sea lions, they found out that “these animals may be suffering a broad disruption of memory, not just spatial memory deficits” according to Cook. However, they still need to understand the dose response. Cook said that “We don’t know how heavy the exposure needs to be, or how often repeated, to cause this kind of brain damage, and we don’t know the effects of repeated low-dose exposure.” Hopefully, they will find a cure to this disease and put the sea lions back on track.

Throughout this article, I discovered lots of things I did not know. I knew sea lions were stranded on beaches, but I had no idea it was due to a poisoning. I also was unaware that it was caused by algae. When they were explaining how they discovered the defects in the brain, I wished I understood it more. I also am curious as to how they found out that it was the algae causing the defects. I do hope that they find out the answers to these questions – and hopefully prevent more sea lions from being lost and stranded. 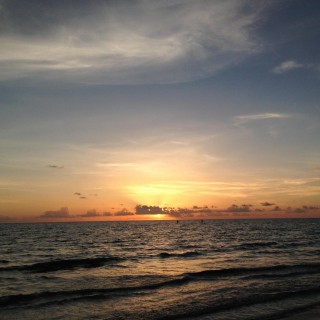